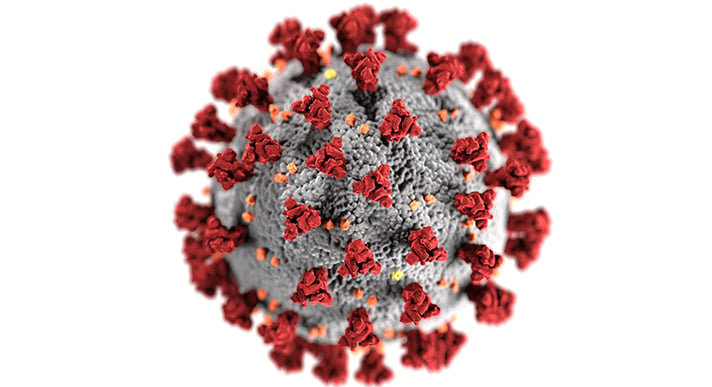 Little did I appreciate when I posted my last blog with John Maynard Keynes as its main protagonist that I would be writing the next one, over which such a short passage of time has seen the Bank of England, the World Bank and International Monetary Fund together with the new Chancellor, employ every economic tool in the toolbox to try and avert a global meltdown, including those commented on by Keynes.

In this blog, I comment on the Leadership qualities that need to be used alongside these tools in order to augment their effectiveness.

The Coronavirus will certainly bring out both the best and worst in our leaders across all areas of society, community and the economy. To quote the New Testament; “Cometh the Hour, Cometh the ‘Man’” John 4:23.

You will always be remembered for your leadership actions now. It matters now more than ever before that the values that are espoused within and across your organisations to all your Stakeholders become true. They become a living and breathing epitome of how you behave during this period of unprecedented crisis for us all.

Sadly, too many knee jerk, ill-thought-through, non-strategic responses are already being reported upon in the media, from the Hotel Britania in Aviemore (now an administrative error that the staff were told they were being dismissed and asked to leave their employee accommodation, effectively making them homeless) to the Haart Estate Agent in London who dismissed all its staff at 5:45 pm on Friday evening and told them they would be lucky if they got paid. There are also examples coming to light of deliberate acts of profiteering and manipulation to benefit the organisations themselves, by not openly enforcing social distancing, or even providing the correct cleaning and PPE for their employees. No amount of PR apologising or back peddling will ever recover this damage.

These acts will go directly against their ‘published’ values but do say a great deal about the organisations and their leader’s moral code through which and by which they operate. They will be remembered for these long after this crisis has passed. Long after the economy begins to return to positive growth. Not only by those directly affected by their actions, or those who read their newsfeeds and watch the media in all its forms. They will be remembered forever, as in our world of ‘electronic’ communication, social media and messaging, what is written and ‘said’ about them stays in that domain/Cloud forever. Whenever a Google search is requested, they will be haunted by those posts, Facebook comments, Instagram photographs and media clips.

Organisations will be defined from this point onwards in the ways they behave and conduct themselves, how they stand by their values and moral compass. This is a before and after moment for all of us in work.

Sadly, only a week into the reality of the current situation and pre Rishi Sunak’s announcements on Friday evening we are hearing of some pretty unpleasant relationship breakdowns, that in some respects only confirms to employees what they already knew or at least suspected.

Post Friday’s announcement by the Chancellor, there should be absolutely no reason what so ever to treat employees in a callous or undignified way regarding their short term employment prospects or arrangements. The announcement has not only brought in the Government as the ‘Payer of Last Resort’ but has bought time for real strategic thinking and decision making to happen, for medium and long term plans to be drafted, tested, changed and redrafted, tested again and then finally published and communicated effectively to all Stakeholders. That is the dignified and morally correct way to operate in these unprecedented times. Anything short of this is taking an amoral stance on what is being presented to us a ‘War-Footing’ situation for the country.

Never before have we been part of something that could be so socially and economically apocalyptic. Some of the statistics and predictions for and about the economy and society are scary and groundbreaking and regardless of any political persuasion you may carry, the chancellor’s raft of measures was impressive, both in sheer scale, but also creativity, with the only remaining caveat in realty being those who too often fall between the cracks because of the ‘Self-Employed’ label.

If the Office for National Statics figures are even close to being accurate we will see an economic slump (this is a slump, not a depression) that may(will) wipe out 15% of GDP in 2020. Considering that the financial crash of 2008 was only 8%, that by any standards is an impressive figure.

What can we do as citizens within our society?

What can we do to climb out of this economic crash once the viral threat has passed? It’s actually very simple.

We need to SPEND and spend as we have never spent before. For some, this may be counter-intuitive as they cling onto every last pound they can claw into their accounts, yet if we all did this, the effects would be doubled and tripled with the basics institution in our society dropping out of functionality. As individuals we need to spend, but also as organisations we need to spend. We need to create demand across all sectors of the economy, that can then only be met by increases in supply (business) activity. Don’t delay spending decisions or kick them into the long grass, spend strategically and invest in the future of your organisation. Spend while prices may be the lowest they are likely to be in your working life. Spend in ways that will increase efficiency and productivity that you thought you could never do, using the new working methodologies and communications methods as proof that you can do it.

This won’t slow our growth, instead, it will present us with new ways of operating, new ways of functioning with the technology we already had, let alone presenting opportunities for new technology to be developed in areas we never thought existed. New job roles, new lean methods, new markets, new socially, economically and morally responsible ways of working.

If you have been caught out by this situation in that you have failed to embrace the technology that already exists, enabling your workforce to work from home or for that matter, work from anywhere, you will never have a better argument to present regarding the investment required to operate in the ‘Cloud’, use Microsoft 365 and Teams, set up a SharePoint site. If you have fallen behind and have had to catch up quickly, embrace the new technology as it emerges and never fall behind again.

This is the future and it’s here now. I will ask one question.

Do we actually want to return to the way we operated before? That’s before we even begin to consider global warming and the ‘green’ issues that the global pandemic has dramatically slowed.