Is it time for the recovery to begin... 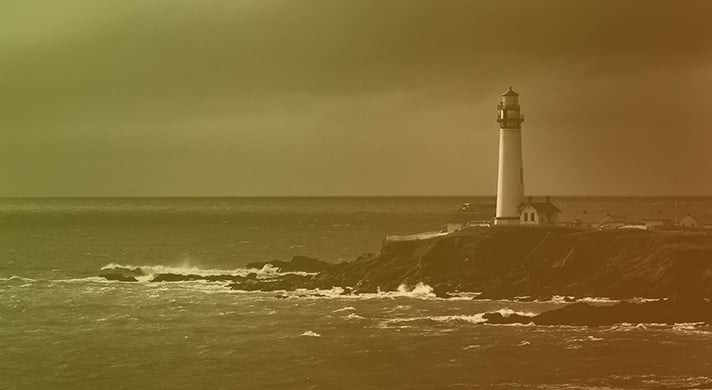 I've got this wrong. It's not the V, U or L of economic recovery that might occur. It's the worst of all worlds, it's a W.

Over my last few blog postings, I have covered the work and theories of John Maynard Keynes and the impact that this had on the post-war economic recovery. This, I admit was purely by accident and not by design, as I never expected that only a few posts later I would using his work as part of a recovery discussion from what will be our worst economic depression for more than three hundred years.

The Pandemic which causes the illness COVID19 is causing all political-economic ideological dogmas to be thrown out of the window as all financial institutions both nationally and internationally, firstly come to terms with the shock that it has brought to the economic system, then work through a period of acceptance (where we are now) and then hopefully shift into a planning and rebuilding stage. It’s very similar to the grief cycle and for many in the world, it actually is.

As talk of recovery begins to emerge from the destruction that the pandemic depression has caused, my blogs used the letters/symbols V, U and L to represent what may happen, with L at the time of writing being the worst-case scenario. Now, as we approach being almost three months in economic and social lockdown, I’m beginning to think I have got that wrong and that actually we will be using the letter W to represent what is likely to happen, in which incipient recovery is followed by successive relapses, continually lurching through periods of growth, then decline as a cycle, taking years to get back to anything like the position we were at the end of 2019, which as I have explained before, wasn’t that great, but will now be looked upon as the haven of stability.

When newspaper articles are beginning to appear referencing negative interest rates, something I have only ever read about in textbooks, we know that someone somewhere is briefing and preparing the media ground for some very bad times ahead. As recently as March, V-shaped recoveries in individual economies seemed plausible. Once infections and deaths had peaked and begun to decline, the logic went, people would eagerly return to work. Economic activity might even get an extra boost, as consumers released pent-up demand.

This is in line with the pattern of recovery from natural disasters, such as earthquakes and hurricanes, as well as the epidemic of the severe acute respiratory syndrome (Sars) in 2003. Though output in China – the outbreak’s epicentre – did suffer as a result of Sars, it recovered so fast that annual GDP was hardly affected. Today, China reports that industrial production rebounded in March from its plunge in February. But, overall, it seems clear that forecasts of a V-shaped global recovery are too optimistic. But even in the best-case scenario, testing and approving any vaccine breakthrough could take a year and a half. If economic activity remained severely depressed for that long the status of the current depression would be confirmed as by far the worst since the Great Depression of the 1930s.

More concerned about a W

The reason I am concerned about a W more than I am an L is that managing a W and the long term drawn-out effects of this are going to be a very high order leadership challenge indeed. Much more than an L, where the Govt and the Bank of England can draw on all tools in the ‘Economic Stimulus’ toolbox (Keynsian supply-side theories) and quantitative easing (printing more money) to stimulate the consumer and industry to spend and therefore as demand increases the economy starts to grow again. Slowly at first with an L, but then eventually, momentum builds, confidence returns and away we go. With a U shaped recovery, policymakers are able to engineer this strategically. In such a scenario, certain segments of the economy would be reopened, with employees separated physically and, if possible, temporarily (in shifts). This would keep the economy going until the health crisis is under control, at which point all sectors could be restarted and a full economic recovery could begin.

With a W, much the same will happen in terms of economic stimulus, but then as a possible further wave of virus hits anywhere in the world, we tumble back down to the starting point again, or even worse drop down beyond it. Just like managing a game a Snakes and Ladders, except, just like the game, it’s all down to luck and the circumstance of the dice, it’s not a game of strategic thinking, where we look to control outcomes through intelligence and well thought out actions. The analogy to Snakes and Ladders is a good one, in that eventually, someone gets to the top of the board and wins the game. Who that is though in a globalised world is literally a game of chance.

How do we Lead and Manage economies through such turbulent times?

I think the first point to make here, is what kind of economic society, do we want to rebuild?

In terms of managing an economy through a W shaped recovery, this will require a level of leadership that we may not have currently either in the Govt or industry. The reason being, it’s a long drawn out policy demanding and emotionally demanding road, where failures follow hard-won success. Political leaders will lose faith and remove economic stimulus too soon.

The events of 1936-37 in the US show just how devastating this decision can be. In 1936, satisfied with progress in recovering from the depression that had begun seven years earlier, President Franklin D. Roosevelt’s administration curbed federal spending and raised taxes. At the same time, the US Federal Reserve tightened monetary policy, doubling bank reserve requirements and sterilising gold inflows. By 1937, the US economy had relapsed into a severe recession, which lasted through 1938.

US policymakers made a similar blunder after the 2008 global financial crisis. President Barack Obama’s fiscal stimulus programme, enacted in February 2009, together with the Fed’s monetary expansion, halted the economy’s freefall. The recovery began in June of that year. But in 2011, after Republicans took control of the US Congress, the fiscal stimulus was prematurely ended, impeding the recovery considerably.

Policymakers everywhere should remember a simple rule of thumb: to avoid a W-shaped recession, let “W” stand for premature “withdrawal” of public-health or economic-stimulus measures. As previous crises have shown, such proposals should be avoided like the COVID plague itself.

As above, I think the first point to make here, is what kind of organisation, do we want to rebuild, or can you rebuild?

Certainly, a return to your usual trading conditions will be a long way away, so as such you will need to build an organisation that is slim, agile, supple, light of foot, alert to opportunities, value-based, and certainly less balance sheet dependent in terms of measuring its value.

Getting to this will require a complete re-evaluation of business strategy, who you serve and why, assuming who you serve even exist any more. As leaders, we must be prepared to quickly ditch our current ways of organisational thinking and rewarding. We will need to adjust rapidly to periods of growth and then decline, and not hold tight to a strategy that has worked, but no longer does. Equally, we must have the guts and determination to hold fast if we can demonstrate reasons to do so. One thing is certain is that immediate ROI’s can no longer be a measure of success. We will be in a period, where survival itself is a measure of success alone.

This kind of leadership is rare at the moment as most current senior leaders in organisations are schooled in the value of assets and longer-term strategic responses in pretty steadfast industries with relatively slow-moving market conditions. Employees are rewarded on the basis of delivering medium and long term objectives for the organisation, that delivers profit and good returns for investors. We will look back on this in the future and think of it as ‘Old School’ leadership.

What we will require for future leadership, isn’t currently being taught in UK business schools/universities on MBA’s and Post Graduate Qualifications, but does currently exist in your own organisations amongst your younger social media savvy employees, who already have and demonstrate a different set of social expectations to your own.

W is a concern

Whatever the future brings, Leading and Managing a W recovery out of an economic depression is going to be hard and demanding on us all. It will affect every aspect of our society as our society is intrinsically linked to our economy, from schooling to manufacturing, from holidays to farming and food production, what has gone before is now history, what lies in front, is for us to determine. 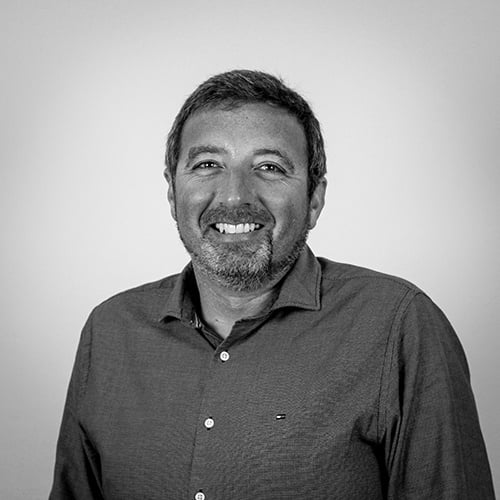 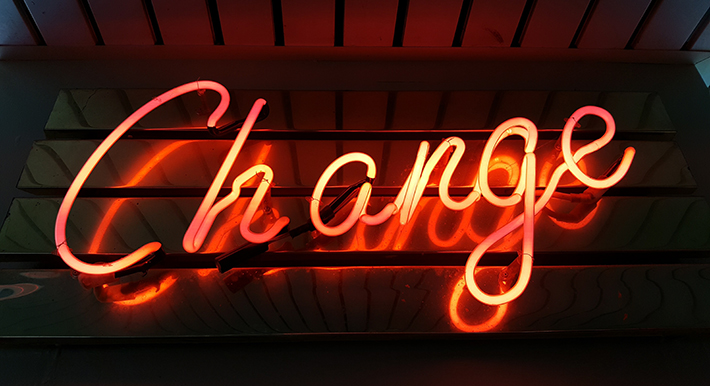 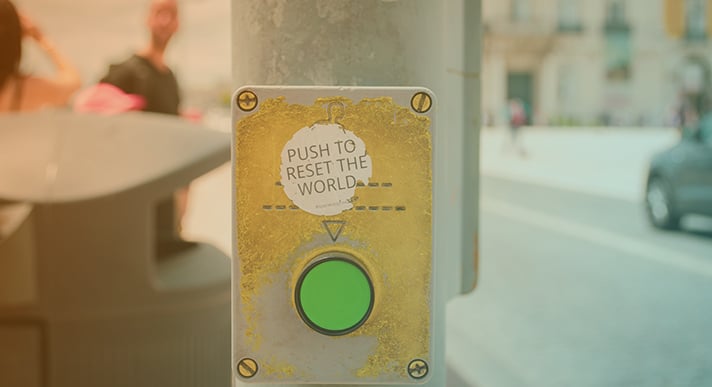 MY FIRST WEEK AND FIRST IMPRESSIONS OF ASCENTO

New Job During a Pandemic

Moving job in normal times can feel pretty stressful and let’s face it,...