The Truman Show is one of my favourite and most terrifying childhood films, and I imagine if you’ve seen the film you’re currently wondering what it could possibly have to do with marketing. We’ll get to that soon enough.

First though let me explain what the movie is about (for those that haven’t seen it – and I also say to you people ‘You haven’t seen it!?!?’) and why I love this film so much. We’ll also hint towards how it messed up my perception of reality as a child...

Truman Burbank lives the perfect suburban life in the idyllic town of Seahaven. What Truman doesn’t know is that all of his friends and family aren’t actually his friends and family, they’re actors living out instructions as five thousand hidden cameras watch his every move for a global audience hooked on the TV Show he unknowingly stars in.

Why do I love it? Well, there’s been a thread on Twitter recently courtesy of user @moranmarc13 which highlights some of the brilliant attention to detail that exists in the movie and this is just a fraction of what made me fascinated by this film as both a child and adult.

I remember as a child the concept of reality television to this extent, where one persons every move was filmed and broadcast to a global audience both fascinated and terrified me. Now I could continue to write about how this show made me think that my life was also being recorded and that I had millions of worldwide viewers watching my every move, (although I doubt a 10 year old watching professional wrestling on what must have been a daily basis was much fun for any potential viewer) but I’ll stick to the plan and focus on how The Truman Show was ahead of its time. 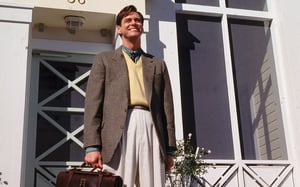 This is the more subtle of the reasons, The Truman Show, as we know created a 24/7 reality TV show which in 1998 was equally bizarre and outlandish television. But twenty-two years later we know that the mass public crave and engage deeply with reality TV. That is effectively utilised in The Truman Show by correctly predicting audiences would truly care and engage with Truman, whilst also rooting for his desire to explore and break the fourth wall.Okay, sure, reality check for a second, people didn’t gather to their local bar to watch an episode of Big Brother much like they did in Truman’s world but we engaged with the contestants and we created a platform for these regular people to become TV stars. We also vilified a man for having a pen and paper in the Big Brother house. This level of dedication is no different to the audience and their love for Truman.

Incase you’re wondering what Native Advertising is, it is the process of presenting paid ads that match the look, feel and environment in which they are presented. A perfect example that we’re all familiar with now is the paid ads on social media feeds. We can scroll through Instagram and see an advert that at first glance simply looks like a post from one of the accounts we follow. So, how does The Truman Show use this? Well, this is a television show that is broadcast 24 hours per day and 7 days a week, with no advert breaks. For a television show that has been running thirty years in 1998 the lack of advert breaks is a real issue. This is where the attention to detail starts to shine through, firstly The Truman Show projected that at some point in our future television shows would not feature the traditional advert slots and as such a solution was needed.

The solution presented to us as viewers is put in to two methods. The first is quite simple, posters located within the setting of Truman’s world. The second is more intelligent, the actors (Truman’s friends/family) are given scripts to read by advertisers so that they can use their organic dialogue with Truman as an advertisement opportunity. Much to Truman’s confusion. Please know that this is much more than product placement. I know it feels similar, but when have you ever heard TV shows or Films actively try to sell a product for the audience? Never. They don't need to, that's what the product placement is there for. It isn't enough in Truman's world to simply show a product on a kitchen table, the TV show and presumably TV network would still demand traditional television adverts.

This is where the show starts to truly come in to its own. Everything the viewers can see in Truman’s world are available to purchase via a direct line telephone service. Creating this kind of universe where the viewer can then purchase items ranging from clothes to kitchen utensils to the entire kitchen fitting itself really does show the understanding of consumer culture in our world. The thought process behind why consumers would want to purchase these items is the exact same as why influencer marketing works, or why people buy Love Island water bottles with their own names on. This prediction of consumer attention towards a show they love is quite honestly, a brilliant judgement of where television could move towards.

I’ll accept that the mechanism to make these purchases is still clunky, and that calling a telephone service to buy items feels very 1990’s, but then again, this is the 1990’s and at that time catalogue shopping was a huge phenomenon in the U.S. and so what’s most impressive with this is the reminder that no matter your industry, no matter your product, understanding your audience’s behaviour truly is the backbone behind any successful marketing and branding activity.

Now, I urge you to take some time and watch The Truman Show, hopefully not for the first time, and try to pick up on some of the amazing details that are layered within here.

So go ahead sit back, enjoy the film and in case I don’t see ya, good afternoon, good evening and good night. 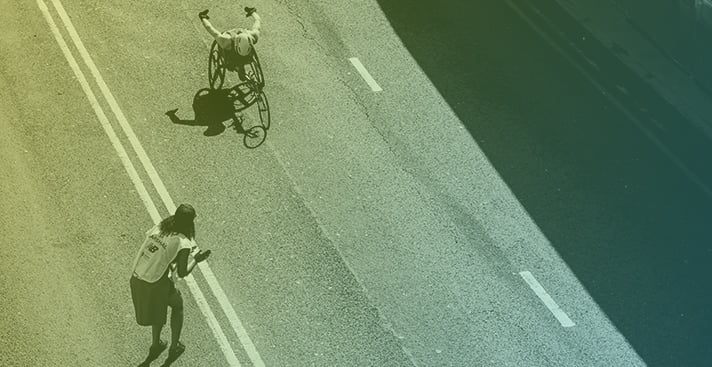 Leadership when times are challenging